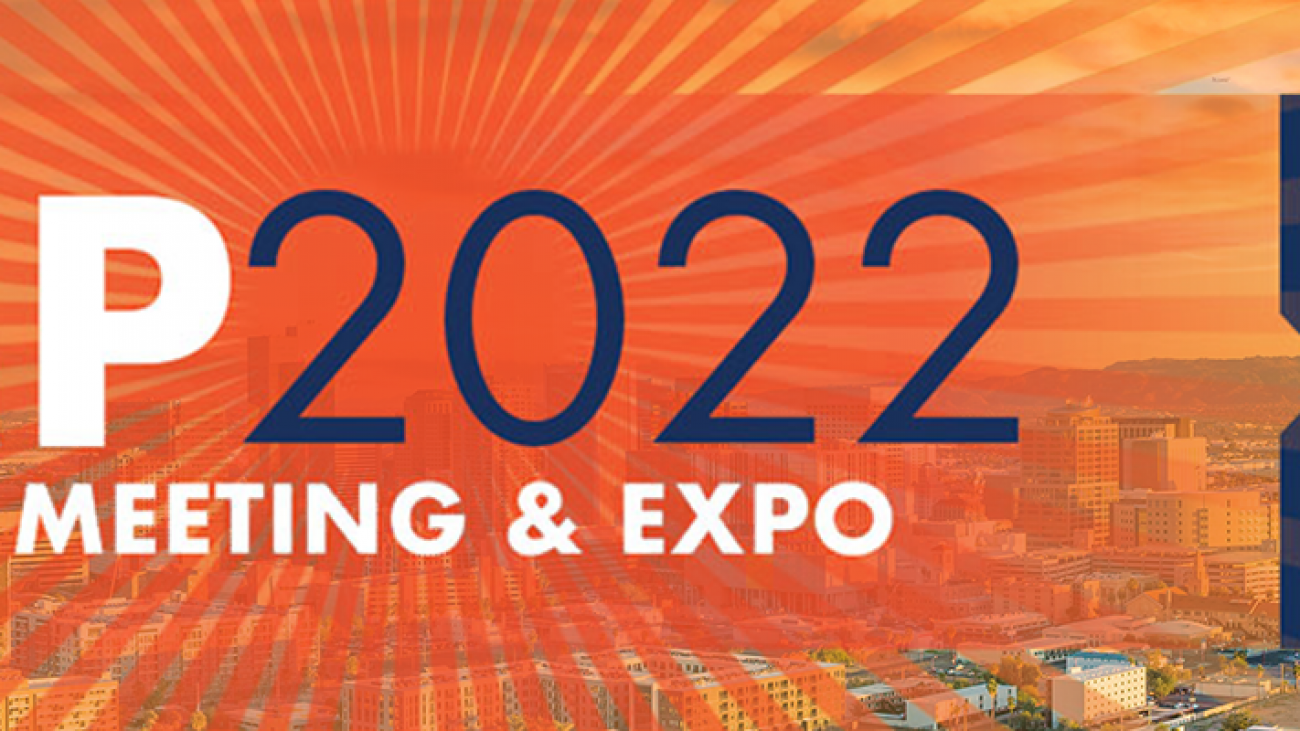 by Kevin W. with No Comment Conferences and Events

The Association for Molecular Pathology (AMP) 2022 Annual Meeting is taking place November 1–5 in Phoenix, AZ. AMP is a leading organization for molecular diagnostics and is anticipating over 2,000 attendees. Haystack Oncology will be exhibiting at booth #1723. We’re looking forward to a dynamic and engaging scientific program, as well as conversations about improving patient outcomes with cutting-edge precision oncology. We hope to see you there!

Mitchell Chan currently serves as an Operating Partner at Catalio Capital Management, LP. and is the acting Chief Financial Officer at Haystack Oncology. Prior to joining Catalio, Mitch was the Chief Financial Officer at Viela Bio (NASDAQ: VIE), where he successfully raised over $750 million, including an initial public offering in 2019, and in 2021, a merger transaction in which Viela Bio was acquired by Horizon Therapeutics for $3.1 billion. Prior to Viela Bio, Mitch served as the Director of Investor Relations for AstraZeneca, North America. He also held several roles of increasing responsibility at Genentech-Roche including in BioOncology Commercial Finance, R&D Finance, and Mergers & Acquisitions.
Mitch earned his BSc. degree in Biochemistry, his MSc. Degree in Medical Biophysics, and his M.B.A. degree from the University of Toronto. He is also the recipient of Executive Certifications from Stanford University, University of California, and the University of Pennsylvania.

With extensive experience in the fields of biomedical engineering and genomics, Joshua serves as the Chief Innovation Officer at Haystack Oncology. Working in the lab of Drs. Bert Vogelstein and Kenneth Kinzler, Josh helped develop Haystack’s Duo™ technology that powers Haystack MRD testing. Joshua holds a B.S. in chemical and biological engineering from the Massachusetts Institute of Technology as well as a M. Phil. in Computational Biology from the University of Cambridge. He is currently completing his M.D., Ph.D. from the Johns Hopkins School of Medicine.

Jared comes to Haystack with the scientific background from a decade of cancer research combined with life science marketing expertise from over a decade in large biotech and small diagnostic startup marketing roles. Jared also co-founded Samba Scientific, a life science marketing agency serving genomic and diagnostic companies around the globe. Jared left Samba to search for a small startup with compelling diagnostic technology where he could focus on building a brand that significantly impacts the human condition. At Haystack, Jared leads an experienced marketing team to help bring the next generation of ctDNA testing to market. Jared completed his Ph.D. in Microbiology & Immunology at the Louisiana State University Health Sciences Center in Shreveport, LA, and post-doctoral training in radiation oncology at the University of North Carolina at Chapel Hill in Chapel Hill, NC.

Hannah Quinn serves as Director of Laboratory Operations at Haystack Oncology. Prior to joining Haystack, Hannah worked at Sysmex-Inostics where she was responsible for clinical laboratory operations, assay implementation, and study management. Before this, Hannah worked for a clinical sequencing laboratory at Johns Hopkins University as part of the clinical testing and R&D teams. Hannah has a BS in Chemistry from Towson University and a MS in Biotechnology from Johns Hopkins University.

Hillary is the Associate Director of Medical Affairs at Haystack Oncology, where she provides key clinical strategy support and primary oversight of the clinical development program. She engages closely with the medical community to establish and execute clinical development initiatives that specifically address current and future needs to improve patient care. Hillary comes to Haystack with a background in molecular diagnostics and liquid biopsy, as well as extensive experience in clinical development and medical scientific affairs roles within the oncology diagnostics industry. Hillary holds a Ph.D. in bioanalytical chemistry from The University of Virginia.

Robert brings an extensive background in molecular genetics and regulated assay development to the team of Haystack Oncology, including more than a decade of experience in the liquid biopsy field. Prior to joining Haystack, Robert served in various technical operations and R&D leadership roles at (Sysmex)-Inostics where he led clinical assay development, implementation and technical support. Robert received his diploma from Johannes Gutenberg University and completed his Ph.D. and postdoctoral training at the Max Planck Institute for Molecular Genetics.

Matt heads up diagnostic development at Haystack and has over a decade of experience in clinical genomics, including purpose-designed liquid biopsy testing, hereditary risk determination, and development and approval of novel companion diagnostics. At Haystack, he bridges our Research & Development Center located in Hamburg, Germany with our clinical laboratory in Baltimore, Maryland, and serves in a combined scientific, technical, and commercial leadership role to help deliver our unique services to patients, globally. In his free time, he enjoys mountain biking, bouldering, and travel.

Frank brings an extensive background in cancer functional genomics and diagnostic assay development to the team of Haystack Oncology, including more than a decade of experience in the liquid biopsy field. Prior to joining Haystack, Frank served in various operations in R&D leadership roles at Inostics and as Chief Scientific Officer at Sysmex Inostics where he led efforts to advance ultra-sensitive digital PCR and NGS-based technologies to clinical grade diagnostic platforms for genetic mutation detection. Frank completed his Ph.D. and postdoctoral training in cancer genomics at the German Cancer Research Center and received his B.S. and M.S. from Heidelberg University.

Dan Edelstein is President and Chief Executive Officer at Haystack Oncology. Dan has over 15 years for liquid biopsy clinical development and commercialization experience. He was previously part of the team at Johns Hopkins that pioneered the use of circulating tumor DNA (ctDNA) to detect and track the progression of cancer. In 2011, while at Inostics, he led the development of the world’s first CLIA laboratory for ctDNA analyses, delivering the first commercially available liquid biopsy assay for clinical practice and prospective clinical trials. Dan was previously the chief commercial officer at Sysmex Inostics where he developed a deep understanding of the clinical requirements for liquid biopsy product development, market access strategies, clinical utility evidence generation and biopharma partnerships.

Dr. Papadopoulos is a professor of oncology and pathology at the Johns Hopkins University School of Medicine. His research focuses in translating the genetic information derived from cancer genome analyses to clinical applications in early detection, diagnosis and monitoring of cancer.
Dr. Papadopoulos is internationally known as a co-discoverer of the genetic basis of the predisposition to hereditary nonpolyposis colon cancer (HNPCC) and was part of the interdisciplinary team that was first to sequence all of the protein coding genes, determine genetic alterations and construct expression profiles of four common tumor types. Later he was involved in the identification of genetic alterations that drive tumorigenesis in multiple tumor types. His noteworthy discoveries include the identification of novel mutations in chromatin remodeling genes in ovarian clear cell carcinomas and pancreatic neuroendocrine tumors.
Papadopoulos received his B.S. from Aristotelion University of Thessaloniki in Greece. He earned his M.S. in biology at the University of Houston and his Ph.D. in biomedical sciences at the University of Texas Health Science Center at Houston. He completed a Fogerty Fellowship at the National Institute on Aging and a postdoctoral fellowship in oncology at the Johns Hopkins University School of Medicine.

Dr. Kinzler received his Ph.D. from Johns Hopkins University School of Medicince and is now the co-director of the Ludwig Center at the Johns Hopkins Kimmel Cancer Center, alongside Dr. Vogelstein. He is consistently ranked among the most highly cited scientists in clinical medicine.
Dr. Kinzler has been recognized for his role in uncovering the genetic alterations linked to the initiation of colon cancer, one of the most common cancers worldwide; development of novel approaches for the molecular analysis of cancer; and more recently, for his role in deciphering the genetic blueprints of many types of cancer.
Kinzler invented SAGE (Serial Analysis of Gene Expression) in the mid-1990s, enabling the first comprehensive analysis of gene expression in human cancer and led him to coin the term “transcriptome”. In the late 1990s and early 2000s, he invented digital PCR and other digital genomics approaches for the detection of trace levels of tumor DNA. In the late 2000s, Kinzler and Ludwig Center co-director Dr. Vogelstein, led a team of scientists who decoded the genomes of many cancers, including breast, colon, pancreatic, brain, ovarian and liver.
Ludwig Center scientists led by Kinzler and Vogelstein have set their sites on developing better methods for detecting cancer early, when it is most curable. Their efforts have led to discoveries in detecting DNA shed from tumors in blood and other body fluids, which were made possible by the digital genomic approaches using the techniques he previously discovered.
Visit Johns Hopkins School of Medicine to learn more.

Dr. Vogelstein's research has been rooted in developing new approaches to the prevention or treatment of cancers by uncovering the genes and pathways that cause the disease. He has won numerous awards for his pioneering studies on the pathogenesis of human cancer, and was the first scientist to elucidate the molecular basis of a common human cancer. His work on colorectal cancers forms the paradigm for much of modern cancer research, with profound implications for diagnostic and therapeutic strategies in the future.
Dr. Vogelstein attended the University of Pennsylvania, where he graduated summa cum laude with distinction in mathematics. He obtained his medical degree at the Johns Hopkins University School of Medicine and performed his internship and residency in pediatrics at The Johns Hopkins Hospital. Following his clinical training, Vogelstein completed a postdoctoral fellowship at the National Cancer Institute, focusing on new techniques in molecular biology. He returned to Johns Hopkins as an assistant professor of oncology. He is now the Clayton Professor of Oncology and Co-Director of the Ludwig Center at the Johns Hopkins Kimmel Cancer Center, along with Dr. Kinzler. Vogelstein also holds a joint appointment in molecular biology and genetics at The Johns Hopkins University and is a Howard Hughes Medical Institute investigator.
Visit Johns Hopkins School of Medicine to learn more.